In the early 1880's Rodin began to reproduce a spontaneous pose of his favourite model Adèle Abruzzesi. Ignoring the  academic habits of his time, he created a distorted female shape, revealing the woman's bare sex. According to Ruth Butler, the frankness of this pose demonstrates the unusually close report between the sculptor and his model. The hand touching the breast indicates the erotic character of the work; the hand grasping the feet allegedly refers to the french expression "prendre son pied" used among prostitutes for securing oneself a part of the pleasure bought by the suitor. A similar gesture can be found in ''Despair''.
This expressive but compact composition is included in 'The Gates of Hell' as a minor figure at the top of the right pilaster. It was also integrated in the group ''I Am Beautiful'' - an assemblage combining the 'Falling Man' with the ''Crouching Woman''. The title of the group was derived from a poem by Charles Baudelaire, 'Je suis belle'  (σημ. γκουρμέ: La Beauté) in ''Les Fleurs du Mal''.
As an independent work,  the 'Crouching Woman' became a major success; Octave Mirbeau, collector and supporter of Rodin, lovingly called this sculpture "my frog"; later it was celebrated as "one of the artist's most audacious achievements in sculpture form". In his essay for the catalogue of the Monet-Rodin exhibition of 1889, Gustave Geoffroy praised the sculpture's "back, where is marked the rebellion and fatigues of the flesh".
Eventually, the subject was realised in various media and sizes: the bronze version is probably an enlargement of the terra-cotta version. Slightly different versions exist: one stone-base is higher than the other. The head is also executed separately, known as 'Head of Lust'.
The photo above shows a 'Crouching Woman' in combination with the burden of the 'The Caryatid' - another example of Rodin's tendency to combine elements from various sculptures in a new composition.
http://rodin-web.org/works/1880_crouching_woman.htm

[...] The mechanism that leads to vibration is still a mystery. An interesting thing about Jhulta Minar is that, it can even withstand the pressure of fast moving trains that pass from a distance not lying very far from the minaret. [...] 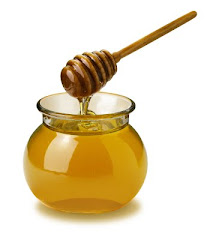